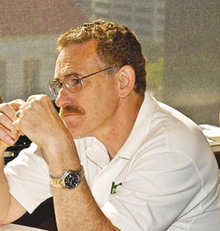 When we voted for annual legislative sessions in 2010, we were told that our elected leaders needed another meeting to rebalance the budget and address pressing issues that couldn’t wait two years.  It’s a smart idea, and addressing any budget shortfalls as soon as we know about them probably saves a lot of pain in the long run.

But last month, a few legislators tried to use the short session to advance their fringe agendas.

Many good bills passed.  Businesses can no longer stop unemployed workers from applying for open positions — giving everyone a fair chance at getting good work.  Local transit agencies can spend a little more to buy Made-in-America buses, streetcars, trolleys, and trains, if they want to.  The budgets were balanced and, unfortunately, state workers and service providers are facing more layoffs.  But many more layoffs were prevented.  And our workforce system will finally get a thorough review to make sure that we’re spending money on workforce development wisely, and that we’re preparing workers for jobs that will really be around.
But the fringe-issue attacks were relentless, and they seemed to come from just a few legislators who let ideology trump good policy.  They included:

What they wanted: A roll-back of important cost-benefit analysis requirements that make sure any work that is contracted out really saves money — and not just by paying hardworking people less.
Why: A few legislators believe that we should contract out work, pay the same workers less, and allow private business owners to pocket the profits.
Who it would have helped: Business owners who would have bid on contracted-out work and pocketed state money.

What they wanted: Evaluations of teachers based on arbitrary student performance measures, just as we’re trying to overhaul our education system and create a comprehensive system that makes sense for students, teachers and parents.
Why: Paying teachers less and requiring them to teach to standardized tests (at the expense of other subjects) both undermine our public school system.  This proposal came from the same legislators who gave public-school money to online schools last time the Legislature met.
Who it helped: Private schools and their funders.

What they stopped: A bill requiring state agencies to buy paper made in Oregon, where our paper mills employ hundreds of Oregonians, but sometimes have trouble competing with heavily subsidized imports.
What they forgot: Buying paper made in Oregon may cost a few cents more in the supplies budget line, but when you add up the costs of those mills shutting and workers going on unemployment, it’s a lot cheaper for the state to spend money locally.
Who it helped: International paper corporations.

There are a few things we can learn about these fringe conservatives from their plans.  First, there is always someone looking to make money out of the deal, and their profits usually come at our expense.  Second, they value your work differently depending on who signs your paycheck — a private sector worker is somehow “better” than their union brother or sister who does the same work in the public sector.  And third, their plans are shortsighted — looking for immediate gains at the expense of Oregon’s future.

As you listen to politicians gear up for the primary election, look for these ideals.  No matter what political party you belong to, it’s time to stop these anti-worker wolves who use phrases like “cost savings,” “streamlining,” and “private-sector profits” as sheep’s clothing for their real goals.

The last two legislative sessions have shown that they truly are not on the side of working people, Oregon’s middle class, or our future.

Tom Chamberlain is president of the Oregon AFL-CIO.